It's no secret to anyone who occasionally enjoys a cold one that India Pale Ales (IPAs) are experiencing their moment in the sun. With the explosion in the popularity of craft beers over the past 5 years, the once-humble IPA has proliferated to encompass a dizzying array of options: double hopped, triple hopped, Belgian IPAs, session IPAs and black IPAs to name a few. But before its rise to glory, the IPA has had a nearly 250-year-old history that spanned the globe.

If you've ever tried an IPA, you know that bitterness is at the core of this popular beer type: brewers use varying configurations of hops and time in the brewing process to create a beer that is bitter with a hop-dominated taste. They measure this flavor using IBUs, or International Bittering Units; the higher the IBU, the more bitter the beer.

However, this reliance on highly hopping their brews has not always been only a style preference. The first IPA was brewed in the 1780s by a brewery in London that wanted to serve the British population in India (at the time, a British colony). They needed something that could survive the journey across the Atlantic and Indian oceans, a journey that took months and destroyed the flavor of the porters typically produced in Britain. The India Pale Ale was designed to be crisp and refreshing in the Indian heat and get better with age as it made the journey to the British troops stationed in India.

For a period of time, IPAs were a hit; British troops clamored for more and IPAs began to enjoy popularity at home in Britain and abroad. They were shipped to other tropical colonies, often brewed as "export ales," and sporadically brewed in North America. However, with the advent of refrigeration and the whims of the British population, IPAs had lapsed into obscurity by the early 1900s.

It was the Americans who resurrected the IPA in the 1970s. These IPAs were highly hopped and highly alcoholic. For several decades, they enjoyed relative obscurity as the purvey only of brewers and British ex-pats. The modern popularity of IPAs in the United States can be traced back to the mid-90s, when IPAs first began to appear on the market for mass consumption. As it turned out, people loved the crisp taste and bitter sensation of an IPA. Since then, IPAs have exploded in popularity, with sales increasing every year since.

If the IPA trend has you stumped but you'd like to see what it's all about, ask a bartender for a suggestion of a good brew to start with. In many bars that cater to craft beer aficionados, you can also order a flight, or a sampling of 5 or 6 beers to see what you like best. 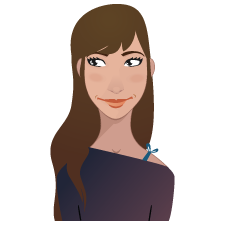 Last year was the first year that nobody stepped up to cook for our small campground. Having three kids under the age of six, I knew that I wasn't going to be able to do it, so I started looking for options that would eliminate much of the cooking from the schedule each day. That was when I came upon the idea of having a caterer come and serve the dinners each night. How did this all work out? Did everyone enjoy the food? How much more did it cost? You can find out all of these things and so much more on my blog.